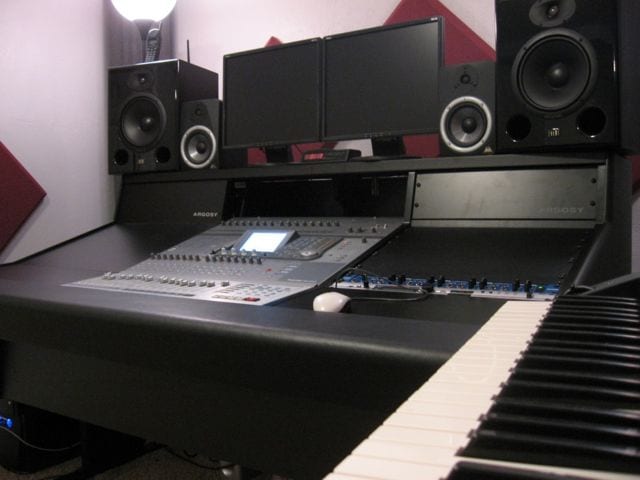 Noisebox Studios, a long awaited Recording Studio Opens In Orem Utah. Noisebox Studios has had many major upgrades for their opening in Orem. Some of these upgrades include: Tascam DM-3200 digital mixer board, Event ASP8 studio monitors, dual flat panel monitor set-up, a more powerful computer upgrade, rooms treated with Auralex acoustic foam, an addition of more industry standard microphones including the new AKG 414 C II (a revision of the classic AKG C 414 enhanced for vocals and solo instruments), addition of the industry standard Waves Platinum Plugin bundle, and many aesthetic upgrades including a nice Argosy mixing desk.

Noisebox Studios is now the most affordable way for local clients to get a professional sound. While Noisebox Studios opening rate is only $40 an hour, clients can get even bigger discounts with many promotions that Noisebox offers.

While Noisebox Studios specializes in recording local artists in Utah, it is not limited by any means. Noisebox Studios is also involved with creating music and sound for all types of applications in the media. They also create sheet music using industry standard software. These services allow clients of Noisebox Studios to market themselves to their audiences. The low rates and high quality end products allows a higher profit margin for their clients.