Should We Record Together or Separately? 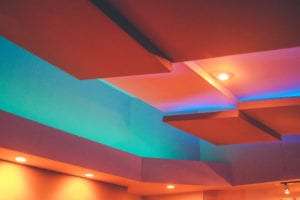 First of all, setting up the session so that everybody plays together is a lot more work. It can take as long as 2 hours to set it all up properly (assuming live drums).

Second of all, keeping control of the session is more difficult. For example. Every time somebody makes a mistake and we have to stop, it takes more time to explain to everybody where you are going to start from and punch in, etc. because it now requires 3-5 people to understand instead of just one. Since you now have the potential of any of the players making a mistake, there is potential for more starts and stops throughout the song.

Third, after the tracks are recorded, it is usually necessary to listen through the individual parts to fix any mistakes.  At this point, it would have just been faster to record the part separately.

Fourth, because the parts were recorded together, there are almost always timing issues between instruments. So now the editing process is more complex. Instead of fixing the timing of one player per timing spot, it now requires to fix the timing of all players per timing spot.  This requires more time editing.

Now contrast that with playing the parts separately. Each player gets full attention as they perform their part. The very first instrument (usually drums) is recorded and checked for time problems to create a rock solid foundation for all other instruments. Therefore, as instruments record on top of the drums, it isn’t only easier for them, but if a mistake is made, we can instantly stop, back up a few bars and punch in very quickly. Then the next instrument, then the next, then the next etc. By the time everybody is stacked on top of each other, it is tight and everybody is happy with their part with hardly any further editing needed. This process is easily controlled, fast and effective and usually ends up with better results.