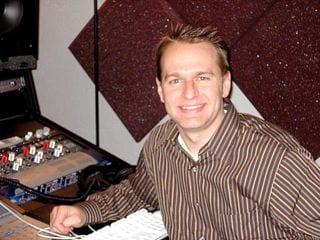 Dave’s experience starts from his early years in his life as a pianist and percussionist. During his fundamental schooling, he played in various bands including his High School Jazz Band with both piano and drums.

Dave graduated from BYU with a Bachelor of Music in Media Music with a Percussion Emphasis. The Media Music degree encompassed learning music theory, audio principles, recording, arranging, songwriting, production, film scoring and etc. While attending college, he taught private drum lessons to hundreds of students through a private school known as Crescent School of Music. Beyond working on his own music projects in college, he also began recording other bands and artists.

After graduation, he worked full time at the Tuacahn Amphitheatre as a front of the house audio engineer for over 100 live shows which included live orchestras and over 30 member casts (all on microphones).

While working at Tuacahn, Dave was also recording a band in St. George and discovered that recording and music production was his true passion. He moved to northern Utah, opened up Noisebox Studios and has been busy working full time with artists, bands and voice over projects for 5 years. He has been involved with projects in other larger studios in the area. In the past 5 years, he has worked on well over 1,000 songs and projects for hundreds of artists. (see demos page for names)

A few years into running his studio, he was asked by Ron Simpson to come back to BYU to teach private Synthesizer Instruction. He has an average of 18 private synthesizer students he teaches per Fall and Winter Semesters.  These lessons teach music production using the latest music technology.  While Dave enjoys teaching, Noisebox Studios remains his primary employment.